In 2013 Kim MacQuarrie and Ciara Byrne, both documentary filmmakers, found themselves in Las Vegas, Nevada, working on a film project. Both had decades of filmmaking experience behind them. Kim was a multiple-Emmy winner and writer who had spent years filming natural history. Ciara had run a large film company with headquarters in New York and Los Angeles. The two had many times circled the globe.

Recently in Africa, Kim and Ciara had spent some time with a paleoanthropologist-conservationist friend, Dr. Richard Leakey, who had asked them a simple question: “How can you use filmmaking, the internet and fundraising to help conservation?” 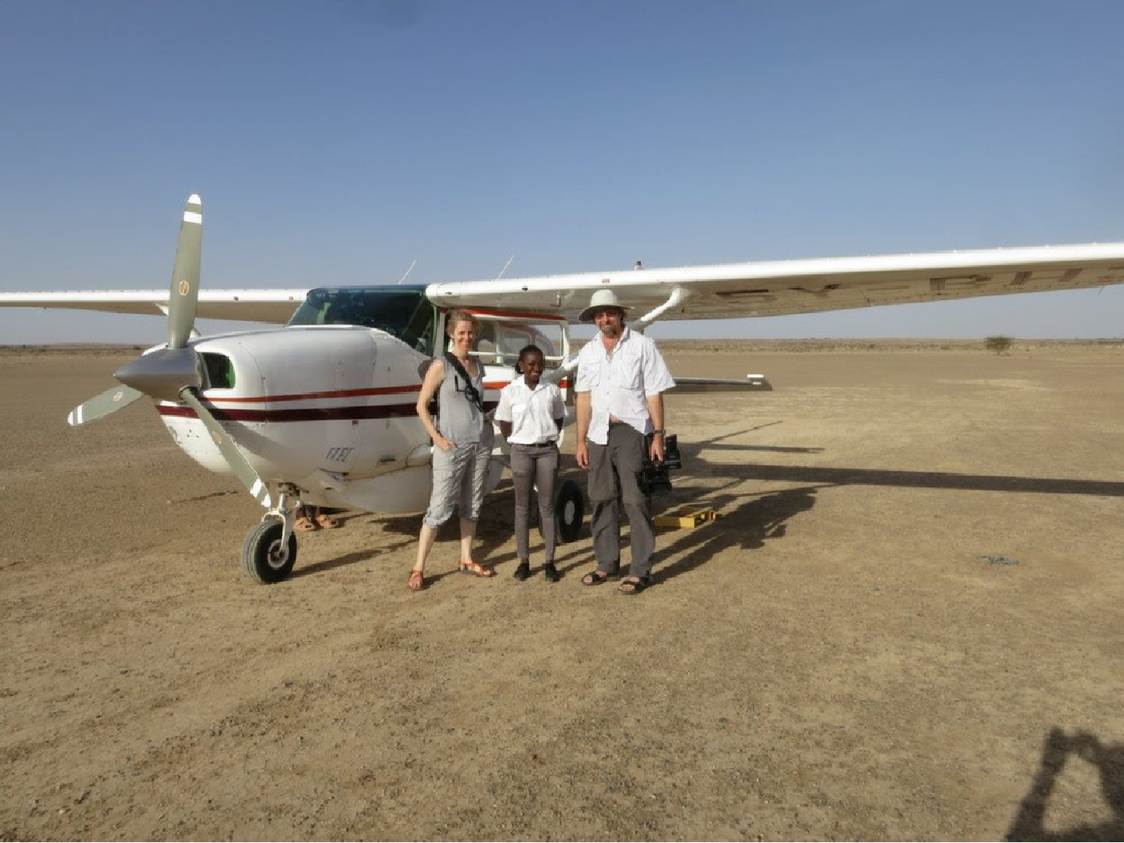 Kim and Ciara came up with the idea of creating a crowdfunding platform for green projects, created a nonprofit called “Green Our Planet,” and launched both in 2013. The friend who had built the platform, however, suggested they try raising money for a local project, to make the process easier. Another friend suggested they use their new platform to raise money for a local school garden project, as he knew a principal who wanted a school garden but had no funds to build it with. Kim and Ciara said “sure—why not?” They were happy to help any green project—so why not a school garden?  A few months later, the funds had been raised and the school had their garden. Another school soon got wind of what had happened and asked Green Our Planet if they could help them, too. So they soon raised funds for that one as well.

“We had no intention of creating a school garden program,” Ciara says. “We were just trying to help some local schools out. “Our focus was on raising money for conservation.”

After helping raise funds for about five schools, teachers at the first schools then asked if Green Our Planet had a curriculum they could use. Kim and Ciara were surprised. “But you’re teachers,” Kim said, “surely you have your own curricula?” It turned out that they didn’t. For teachers to go outside and teach in a garden, they explained, they needed a special curriculum that allowed them to teach their classroom standards outside.  Nevada didn’t have one. Without a suitable curriculum, the gardens would have to be used after school or for special occasions. They couldn’t take a class out there during class time.

Not wanting the gardens to go to waste—and more and more schools were now asking for help to get their own gardens—Kim and Ciara applied for a grant with the local food bank, Three Square, to the American Honda Foundation. Only 10 organizations got a grant nationally that year and Green Our Planet was the only one to receive a grant in the state of Nevada. The sudden windfall allowed Green Our Planet to hire a dozen CCSD teachers and four farmers and create Nevada’s first PreK-5 STEM garden STEM curriculum (all 800 pages of it!), written to Nevada State and Next Generation Science Standards. 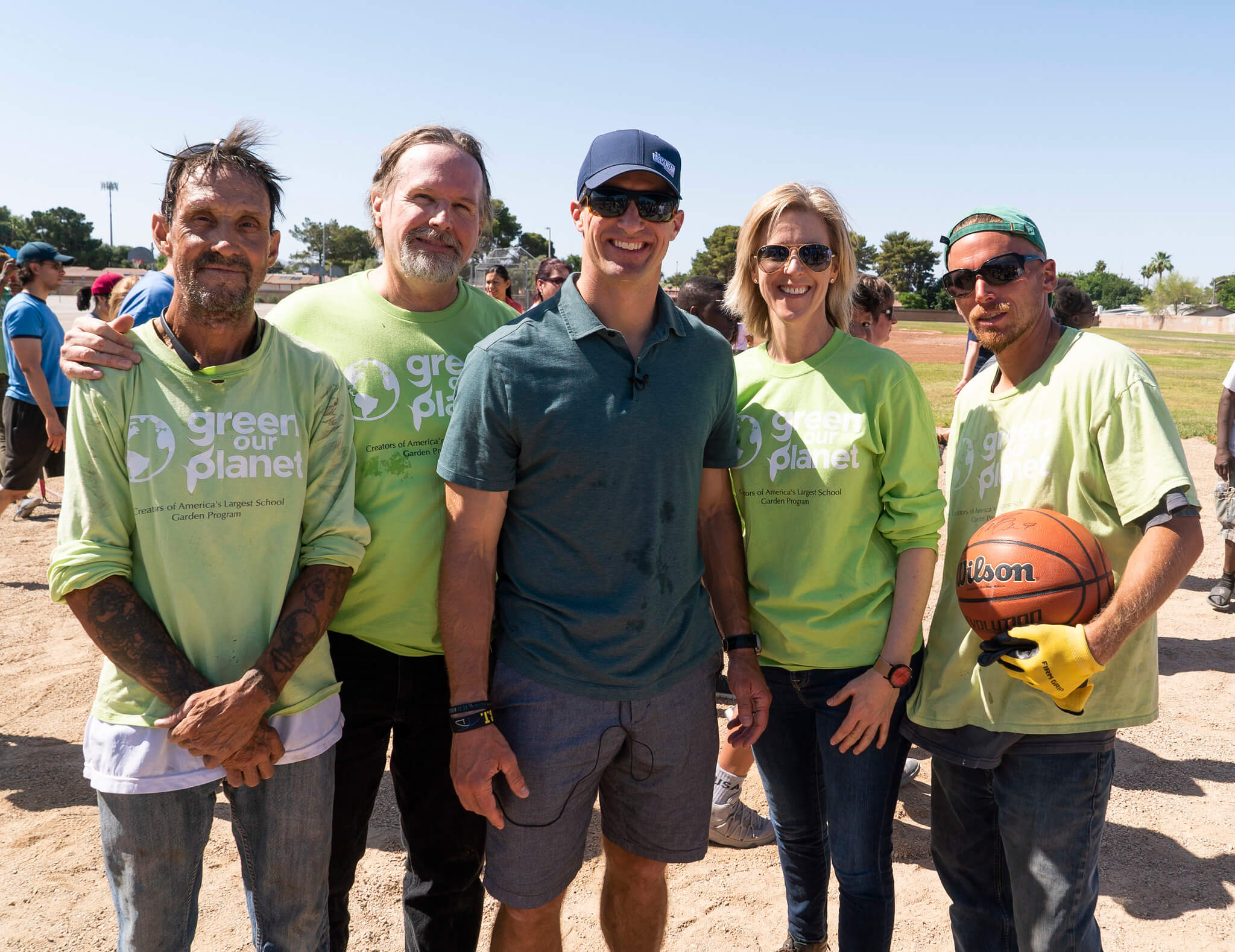 Not long afterwards, teachers from the first schools with gardens asked them for something more: “What should we do with our produce?,” they asked. “I don’t know,” Kim and Ciara answered, “how about a farmers market?”

“From that first farmers market, the idea sort of snowballed from one school to another,” Ciara says. “During a typical school year, students now organize more than 200 farmers markets at their schools, most of them run by 5th graders.  Many of these schools are in low income neighborhoods where there’s no fresh food for miles.  So now we have 5th graders helping provide fresh produce for their community.”

“It was all inadvertent,” Kim says. “That’s why we sometimes call the program “the accidental school garden program” (the official name is “The Outdoor Garden Classroom Program”). We started out wanting to raise money for conservation. Gradually, we realized that school gardens are a great way to teach conservation to kids. You can’t understand conservation without understanding science,” says Kim, who years ago obtained an undergraduate degree in biology. “With a garden, kids learn a lot about where their food comes from. They learn about nutrition, health, and how to take care of something. Gardens are also a great way for kids to simply get outside, get some exercise, connect with the planet—and have fun.”

“That’s how it all began,” says Ciara. “Teachers just kept asking us for more things. It began with a few gardens, then a curriculum, then some farmers markets, then we started organizing chefs to visit the schools, then school garden clubs, teacher trainings, a special needs curriculum, and now hydroponics. It’s never-ending. We started with a single garden and with no intention to create a school garden program—and now, seven years later, we run the largest outdoor school garden and school hydroponics programs in the U.S. How crazy is that? We’re currently on track to build our 180th school garden by the end of this school year.”

“More and more teachers keep coming on board and they just keep peppering us with new ideas,” Kim says, “with new requests. Our job, we’ve come to realize, is to simply make sure that Green Our Planet continues to help make all of those great ideas happen.” 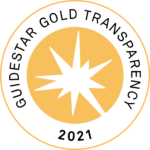